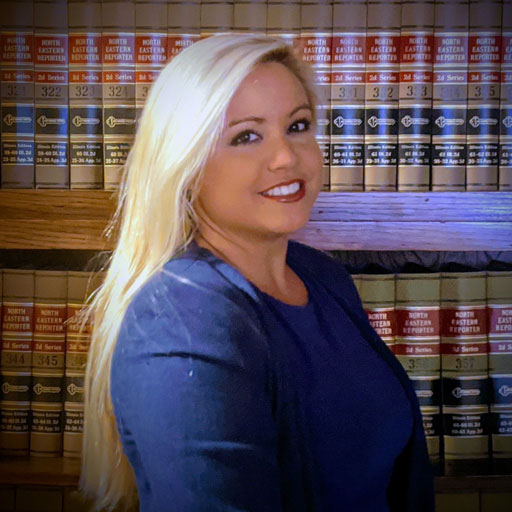 Amy Seamann joined Sam L. Amirante & Associates in 2015. She worked in federal, state, criminal and civil practices prior to joining the firm. Her passion is litigation and it shows in the courtroom where she has won many cases for numerous clients. Most recently, she secured a not guilty verdict in a case with an eleven-count indictment after a multi-day bench trial wherein the client was facing a penalty of a minimum of twenty years in the Illinois Department of Corrections. During her time with Amirante Law Offices, Amy has litigated hundreds of hearings and bench trials and secured not guilty verdicts in several jury trials. After a jury trial in Kane County, where a client was being tried for felony telephone harassment for allegedly making hundreds of phone calls and sending several hundreds of text messages, the jury came back finding her client not guilty. She has handled a variety of trials, from a multiple expert witness DCFS matter, to a several day indirect criminal contempt jury trial arising out of a heavily contested years long probate matter, both with success. Amy also specializes in domestic battery matters where she has exposed the lies and the biases of a multitude of complaining witnesses at trial.

Amy earned her J.D. at DePaul University College of Law where she served as a client advocate in conjunction with DePaul’s legal clinics. As a student in the civil rights clinic, Amy had the opportunity to work closely with brilliant attorneys from the People’s Law Office. Amy was also a student in both the criminal and the advanced criminal appeals clinics. A case on which she drafted a portion of the opening brief earned an outright reversal in the Illinois Appellate Court in May 2014.

Amy is a recipient of the CALI award for excellence which she received in Trial Advocacy II. She was also a member of the Moot Court Society where she placed in the top eight teams in the Evans Moot Court Competition. Amy won a scholarship for a paper she wrote which addressed several civil rights issues exacerbated by our legal infrastructure. While at DePaul, Amy briefly volunteered with the both the Domestic Violence Clinic and the Elder Law Project, earning DePaul’s Chancellors Award for Service.